Under the agreement, BP will sell 15 of its U.S. terminals to Kinder Morgan, which will operate 14 of them through a
new limited liability company. Kinder Morgan will solely own the remaining terminal. BP, meanwhile, will obtain a 25
percent ownership stake in the newly formed company, continuing to use the terminals as key distribution hubs for
BP gasoline and its other refined products. The agreement is expected to be finalized by early next year, pending
regulatory approvals.

“We believe this deal is a win for both companies,” said Doug Sparkman, BP’s chief operating officer of Fuels, North
America. “It enables BP to maintain strategic access to terminals nationwide, while reducing operating costs and
complexity. It also brings in a world-class company to manage the terminals, ensuring that our customers continue
receiving excellent service.”

Earlier this year, BP’s U.S. Pipelines and Logistics business decided to centralize operations and sell select fuel
storage terminals in the U.S. After an extensive internal review, the business concluded that forming a limited liability
company with Kinder Morgan was an attractive way to pursue strategic growth, while also streamlining the business.

The new limited liability company will oversee fuel terminals in the Midwest, Northeast, Southeast and on the West
Coast.

The transactions with Kinder Morgan do not include all of BP’s U.S. fuel storage terminals. BP still has terminals in
Whiting, Ind.; Dubuque, Iowa; Portland, Ore.; Seattle, Wash.; and Port Newark, N.J.
About BP:

Over the past 10 years, BP has invested more than $90 billion in the U.S. – more than any other energy company.
BP is a leading producer of oil and gas and produces enough energy annually to light nearly the entire country for a
year. Employing about 17,000 people across the country, BP supports more than 170,000 additional jobs through all
of its business activities. For more information, go to www.bp.com/us. 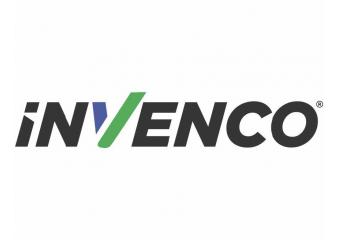